If you've been told you have the diagnosis of elevated calcium, hypercalcemia or likely have hyperparathyroidism, but you haven't been provided with a clear road forward, then this book is speaking to you.

The Patient's Guide to Hyperparathyroidism written by Dr. Lawrence Gordon, provides a step-by-step guide to help you navigate the decisions influencing your care when you have been diagnosed with hypercalcemia or hyperparathyroidism.

Does Parathyroid Disease Lead to Osteoporosis?

Calcium strengthens bones. Osteoporosis is a term that describes the loss of calcium from the bone so the bone is no longer thick or dense.

The process of losing bone mass can cause bone pain which is a common complaint among patients suffering from primary hyperparathyroidism. Osteoporotic bones are also more fragile than regular bones and therefore they are susceptible to fractures and breaks. Hip fracture is especially prevalent and debilitating in elderly patients and may be hastened by osteoporosis. The parathyroid glands control how much calcium is released from the bones through the action of PTH on osteoclasts, which are cells that break down bone. Osteoblasts are the cells that build bone; together, osteoclasts and osteoblasts work to constantly remodel bone.

Thinning of the bones can be seen on plain x-rays as well as Bone Mineral Density Tests (BMD) or Dexa Scans.

Problems occur when parathyroid hormone levels are too high or too low. When one or more of the parathyroid glands produce too much PTH, the excess hormone removes calcium from the bones and adds it to the blood. Bone calcium loss eventually causes osteoporosis as calcium is lost faster than it can be replenished.

It is important that women build up their calcium stores and bone strength before menopause as estrogens have a protective effect on bone density. After menopause women lose bone density at a faster rate than men of the same age. Osteoporosis accelerates when overactive parathyroid glands contribute to calcium loss in the bones.

Removing a parathyroid adenoma that is causing hyperparathyroidism is known to stop the rapid thinning of bones. This is why it is so important to seek surgical intervention for hyperparathyroidism. Even if you don’t have any symptoms, this loss of bone density becomes increasingly difficult to reverse and replace.

After parathyroid surgery, it is important to take calcium and Vitamin D supplements to help replenish calcium stores in the bones. There is also a class of drug called a biphosphonate such as Actonel, Evista, Miacalcin and Fosamax that inhibit the digestion of bone by inhibiting osteoclasts. This class of drug is indicated in post-menopausal women with osteopenia or osteoporosis. You should speak with your primary doctor or endocrinologist about considering using these drugs before or after surgery. These drugs will not prevent the bone loss that occurs with a parathyroid adenoma (as the parathyroid adenoma continues to secrete PTH despite an elevated calcium level); therefore it is important that these drugs not be used as substitutes for surgical intervention.

Additionally, these drugs have never been approved by the FDA for that purpose. No clinical trials have shown that these drugs help increase bone density in patients with parathyroid disease. Even if the calcium levels do not rise further than slightly elevated levels, there is still continual damage being done to the bones and skeletal system. The long-term effects of this damage can be severe and permanent. A ‘wait and see’ approach is not advised if there is a suspicion of parathyroid disease.

In nearly all cases, surgery is needed to remove the diseased parathyroid gland and prevent the onset of osteoporosis. The traditional parathyroid operation technique requires the parathyroid surgeon to place a large incision in the neck to explore and examine the parathyroid glands located behind the thyroid. The tumorous gland or glands are then located and then removed. Patients that opt for traditional surgery require at least one night of hospitalization. In the end, the patient is left with a large inch scar on the neck.

Surgery is the only cure for parathyroid disease and potential osteoporosis. 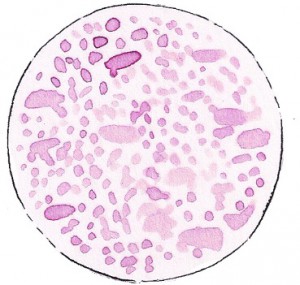 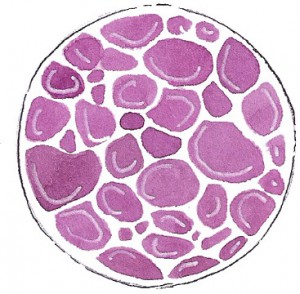 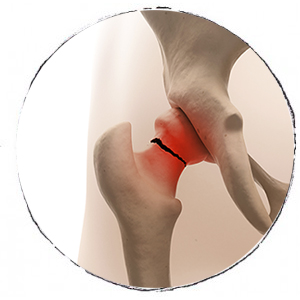 Advanced Parathyroid Surgery of New York is located approximately 1 hour north of Manhattan in Goshen, New York. This serene environment lends itself to healing and recuperation after your surgery. We serve all patients from the Hudson Valley, including Orange, Ulster, Dutchess, Rockland and Westchester Counties.

Our Minimally Invasive Parathyroid Surgical Technique allows for a smaller incision, minimal scaring and a faster recovery time. Contact our knowledgeable staff today, or visit us in Orange County NY at 2004 Rt. 17M in Goshen, NY.

WE ACCEPT AND WILL WORK WITH ALL MAJOR UNITED STATES INSURANCE PLANS.

The contents of this site are for informational purposes only. The Content is not intended to be a substitute for professional medical advice, diagnosis, or treatment. Always seek the advice of your physician or other qualified health provider with any questions you may have regarding a medical condition. Never disregard professional medical advice or delay in seeking treatment due to the information presented on this site. If you think you may have a medical emergency, call your doctor or 911 immediately.
Copyright Advanced Parathyroid Surgery of New York 2022
Translate »